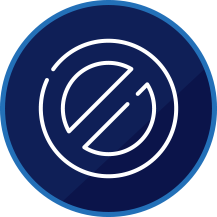 What is the condition known as Erectile Dysfunction?

Erectile Dysfunction, which is also known as ED or impotence, is a men’s sexual health condition that deals with a man’s inability to achieve an erection or maintain one while trying to have sex. According to statistics, as many as 50 percent of men over the age of 40 have dealt with ED at one time or another. While ED is not considered a dangerous health condition by itself, it may be correlated with several other more serious health conditions, such as prostate cancer, depression, systemic vascular disease, and others.

Who Typically Suffers from Erectile Dysfunction?

Most commonly, men 40 and older may experience ED rather frequently; however, it can happen (on occasion) at any age. For male arousal to occur properly, many of the body’s systems and components have to work together, including the nervous system, emotions, the brain, and hormones. If even just one of these factors is not operating as it should, it can throw off the entire sexual function, hindering a man from physical arousal. Because there are several elements that comprise successful male sexual arousal, many men will experience a form of ED at one time or another.  But when ED becomes a regular occurrence, that is when you should consider seeking evaluation and treatment, if necessary.

Most Men Experience Positive Results on Their First Visit

At Northeast Men’s Health, we have good news for you! Many statistics show that Erectile Dysfunction can be treated effectively in about 90 percent of cases, and we have the treatment opportunities that could help you experience a life without ED. Because we have a history of successful treatments, we are confident in our solutions… so much so, that if our ED treatment isn’t effective during your first appointment, your visit is free. Let us help you achieve the sexual performance level you’re capable of.

In General, What are the Signs and Symptoms of Erectile Dysfunction?

Potential signs of ED include:

ED can occur due to a multitude of circumstances from situational (too much alcohol one night, etc…) to medical (heart disease etc…). And as such, it’s important to consult a medical professional who specializes in men’s sexual health if you experience regular ED symptoms.

How is Erectile Dysfunction Treated and What are the Potential Side Effects?

Some treatment options include:

Given the numerous different treatment options, there are various potential side effects as well, and they vary based on the treatment. Please discuss with a medical provider to find the best treatment for you.

Oral/Sublingual Medications: Sildenafil (Viagra), Vardenafil (Levitra), Tadalafil (Cialis), and Avanafil (Stendra): Oral or sublingual medications work directly on the blood vessels, causing the arteries to the penis to expand. It will cause an erection, only when the man is sexually aroused.
Potential Side Effects: Headaches, facial flushing, backache, congestion, upset stomach, bluish tinge to vision or abnormal vision, hearing loss, and prolonged erections (priapism). These drugs cannot be taken with nitrates due to the possibility of decrease blood pressure. Caution should be used with Alpha blockers for prostate enlargement and/or high blood pressure due to the possibility of decreased blood pressure.
Injection Therapy: Tri-Mix, Caverject, Alprostadil, Papaverine, Phentolamine: During this painless process, the patient uses a small needle to inject a powerful muscle relaxant into the base of the penis. The relaxation of the muscle tissue allows blood to flow into the erectile tissues in the penis, creating an erection.
Potential Side Effects: Pain, bruising and tenderness, scarring, bleeding, abnormal liver enzymes, and prolonged erection (priapism).
Vacuum Therapy: (a cylinder placed over the penis): By withdrawing air, a vacuum is created, mechanically enhancing the flow of blood into the penis. A rubber ring is placed at the base of the erect penis to trap blood and maintain the erection.
Potential Side Effects: Bruising, skin irritation and abrasions, discoloring of the penis, thickening of skin, vascular damage, pain, and diminished ejaculation.
Penile Implants: (requires a surgical intervention): Two inflatable balloons are implanted in the penis, as well as a pump into the scrotum and a reservoir near the bladder. When the pump is inflated, fluid from the reservoir flows into the inflatable balloons; creating an erection. (this treatment option available via referral to outside provider)
Potential Side Effects: Pain, inflammation, malfunction.
Intraurethral Suppositories (MUSE): The patient uses an applicator to insert a small pellet of medication into the opening of the penis. The medication causes blood vessels to relax, so the penis fills with blood and becomes erect. (this treatment option available via referral to outside provider)
Potential Side Effects: Pain, burning sensation, and prolonged erection (priapism).

We’ve added Extracorporeal Shockwave Therapy (ESWT) to our treatment protocols. As the area’s leader in helping men with their Erectile Dysfunction, we provide our patients with a variety of treatment options and combinations of those treatments. Requiring no pills, injections, or surgery, ESWT is a non-invasive technology for treating ED. Depending on the individual, results may vary, and the treatment typically requires multiple sessions. Schedule an appointment today where you can learn more detail about ESWT, and find out if it can help your sex life.
Learn More 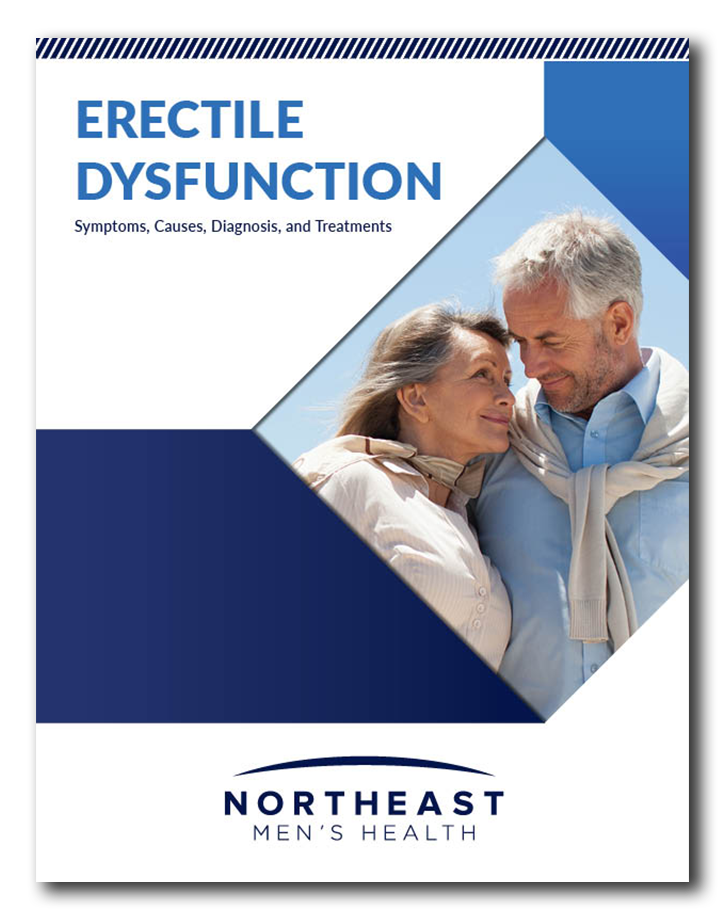 Learn more about erectile dysfunction with our free special report!
GET YOUR FREE E.D. REPORT 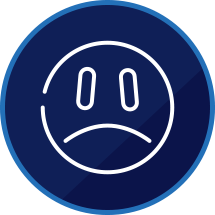 What is Low Testosterone?

When a man’s testosterone hormone levels are below the level that is considered “normal,” he can experience multiple medical problems, both sexually and in other areas of life. Low Testosterone (Low-T) can result from other health problems or as a side effect of certain treatments.

Testosterone occurs naturally in most men. It’s highly important for a successful sex life, as well as muscle strength, energy, and more. Reaching acceptable testosterone levels can change a man’s entire life by improving his total health. Low-T treatments could help him improve his energy, stimulate muscle growth, and increase sexual drive. A standard blood test can assess testosterone levels. Note that even men who show “normal” levels can experience the symptoms common to Low-T.

If you’re experiencing any of the following symptoms, you may benefit from a further evaluation:

At Northeast Men’s Health, our licensed medical professionals can help determine your testosterone levels and the proper treatment options to improve your sex life. Don’t be the one preventing yourself from experiencing a fuller, richer sex life.

Aging is one of the primary causes of lowering testosterone levels. Of course, this is a normal part of a man’s later years, and it may not have any effect on his sexual health or everyday activities. However, in many cases, lower levels may cause a shift in his sexual health and overall life experience. Rather than growing accustomed to living at a lesser level of testosterone, contact our licensed, trained medical professionals and find out if we have a treatment option that’s right for you.

How is Low Testosterone diagnosed?

A medical professional can assess if a man has Low Testosterone from a basic blood test.

How is Low Testosterone treated?

Low-T can be treated using hormone replacement and/or hormone therapy. At Northeast Men’s Health, our experienced medical staff can identify if a patient has Low-T and then provide options for how to move forward with treatment.

What are the potential side effects?

At Northeast Men’s Health, our men’s health professionals regularly manage our patients’ blood levels, and monitor for potential side effects. And, we take necessary action to correct any issues as soon as possible. Potential side effects may include increased risk of prostate issues, changes in red blood cell levels, cholesterol levels, hormone levels, and PSA levels. Other potential side effects include: acne, mood changes, loss of hair, shrinking of the testes, breast growth, worsened sleep apnea, and decreased sperm count. Treatments could also increase the risk of heart attack and death in people with or without heart disease. 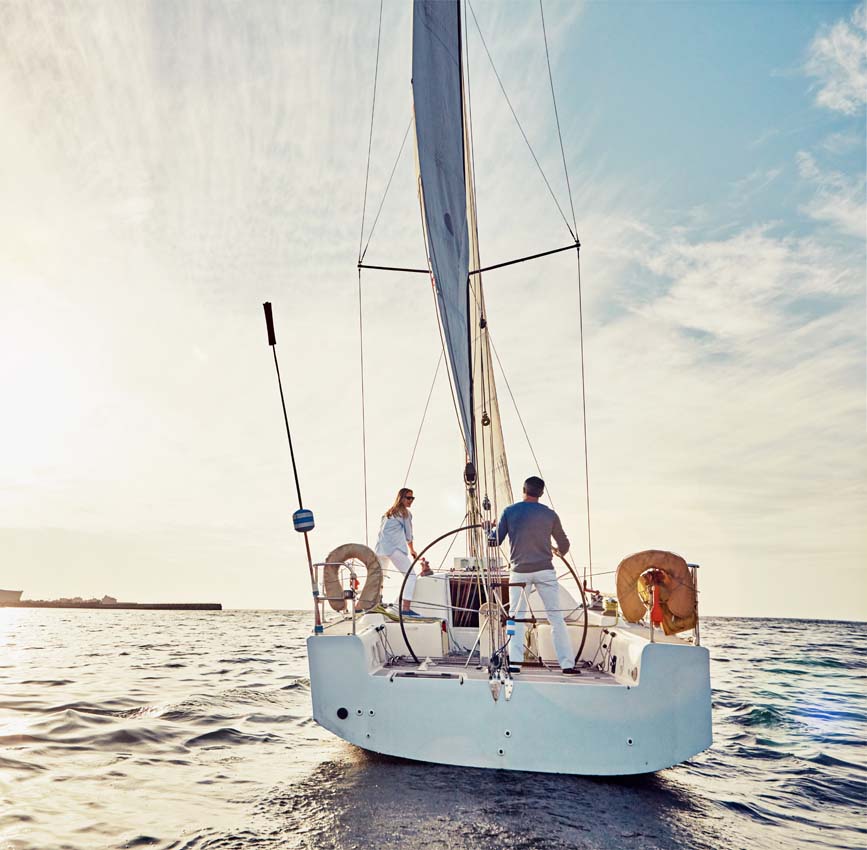 There are a lot of testosterone myths out there. Let’s clear a few things up…
GET YOUR FREE LOW-T REPORT 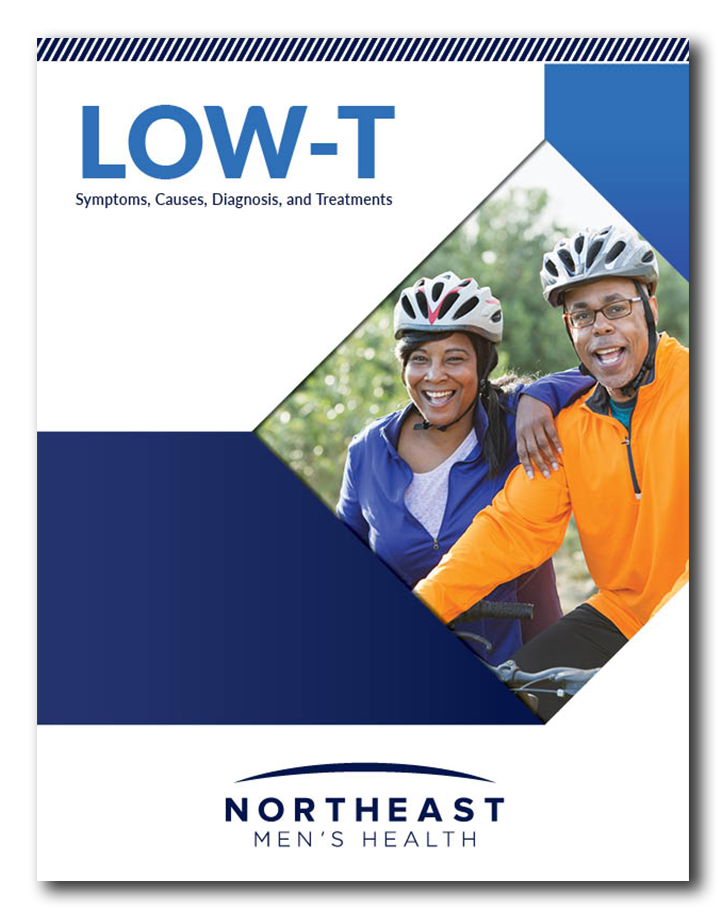 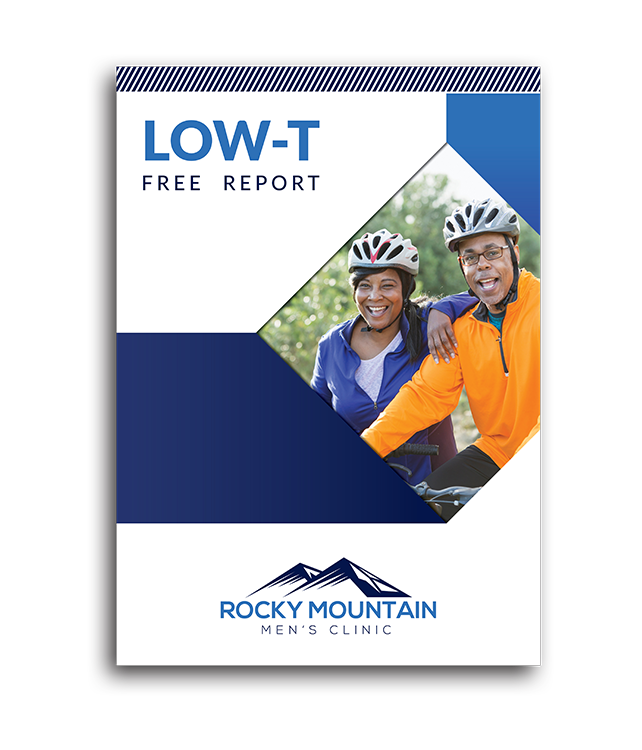 There are a lot of testosterone myths out there. Let’s clear a few things up…
GET YOUR FREE LOW-T REPORT

What is Premature Ejaculation?

Premature Ejaculation can be a very challenging sexual issue for both the man and his partner. It occurs when the man ejaculates either before or shortly after sexual penetration, even with minimal amounts  of stimulation. Unfortunately, untreated Premature Ejaculation can create high levels of stress in a relationship, which can make the problem even worse, and may lead to other relational and sexual issues. Experiencing instances of premature ejaculation on occasion is common for almost all men, and not typically cause for concern. But if the issue recurs regularly, it is important to seek medical counsel and treatment.

There are various factors that can cause Premature Ejaculation. Intense anxiety or stress, hormone imbalances, medicinal side effects, and certain injuries are a few of the potential causes.

How is Premature Ejaculation diagnosed?

In order to receive the best medical counsel possible, it is important to be very open and honest with the medical provider/professional because there are a wide range of causes of Premature Ejaculation, from emotional to hormonal to medicinal. Laboratory tests may be required to identify potential underlying issues that may be causing PE.

There are a number of treatment options available for men who suffer from Premature Ejaculation. Potential treatments include medications, supplements, exercise regimens for promoting stamina, and others. Treatments will be based on the individual patient. At Northeast Men’s Health, we work personally with our patients to help them find the best treatment for their situation, so they can begin enjoying a longer-lasting sexual experience with their partners. 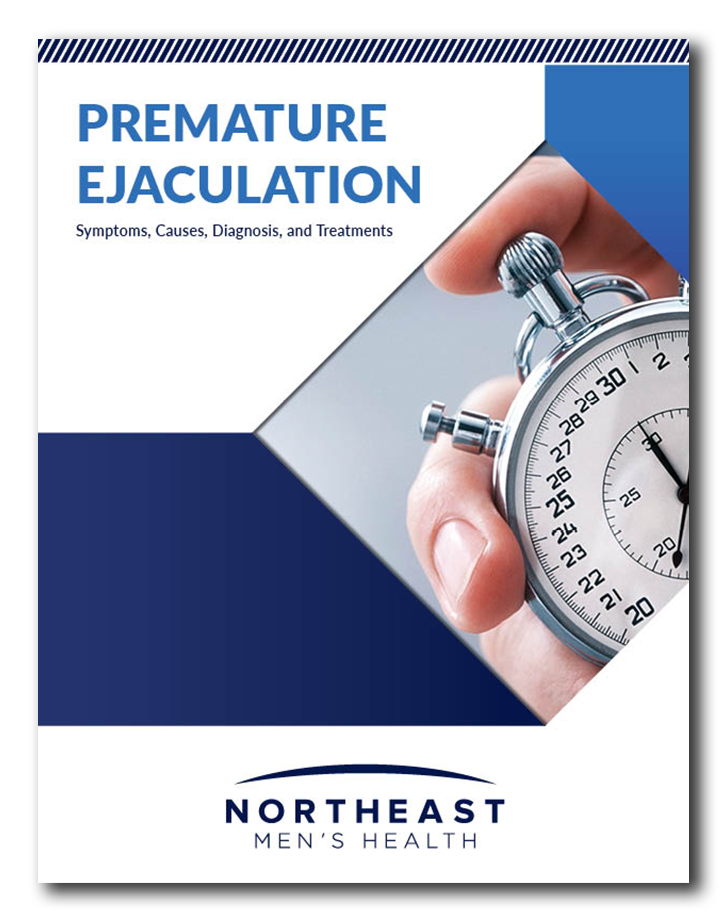 A few words from some great men…

“Dealing with my ED has allowed me to become more confident, not just sexually but in my entire life.”

“I’ve taken testosterone for 6 months now and it’s changed my life… as far as outlook, feeling good, and getting some confidence back.”

“The treatments at Northeast Men’s Health have really changed my life and they can help you too.”

northeastmenshealth.com is all about helping consumers know their rights. Using the information you provide, one of our associates may contact you and leave a message at the phone number you provided, or you may be contacted by an automated dialing system and/or left a pre-recorded message at the phone number you provided. The Telephone Consumer Protection Act (“TCPA”), among other standards, protects consumers from getting calls to their cell phone from automated telephone dialing systems (“ATDS”) and from receiving pre-recorded messages to their cell phone or landline for offers the consumers are interested in. You do not have to agree to the use of ATDS or pre-recorded messages as a condition of using our services. If you would like to opt out of receiving ATDS calls to your cell phone or pre-recorded messages to your cell phone or landline, please complete the request form specifying removal of your consent. Please note that by maintaining your consent we may be able to provide you with faster and more efficient updates regarding the status of your application, and present you with other opportunities that could save you money and assist you with other needs.